Thanks to Hurricane Irma, instead of having a nice, relaxing beach trip for the next few weeks, we’ve had to change our plans and get as far north as fast as we can.

We left Orlando on Thursday, September 7, early in the morning. Since we have kids, we broke the trip up into three legs – 1) Fl/Ga Border 2) Atlanta 3) Nashville. Each leg should have been 3-4 hours each. Unfortunately, we were trying to leave along with hundreds, of thousands of other people. Our first leg took us over eight hours! We found out later that this was short compared to other people who tried to leave on Friday, who experienced 14-20 hour long drives.

At the Fl/Ga border, we stopped at an RV park, called Eagles Roost. I called a few days in advance for a reservation and super glad I did – we managed to get one of the last sites. Lots of RV families were leaving and this place was the closest, and nicest, places on the border. 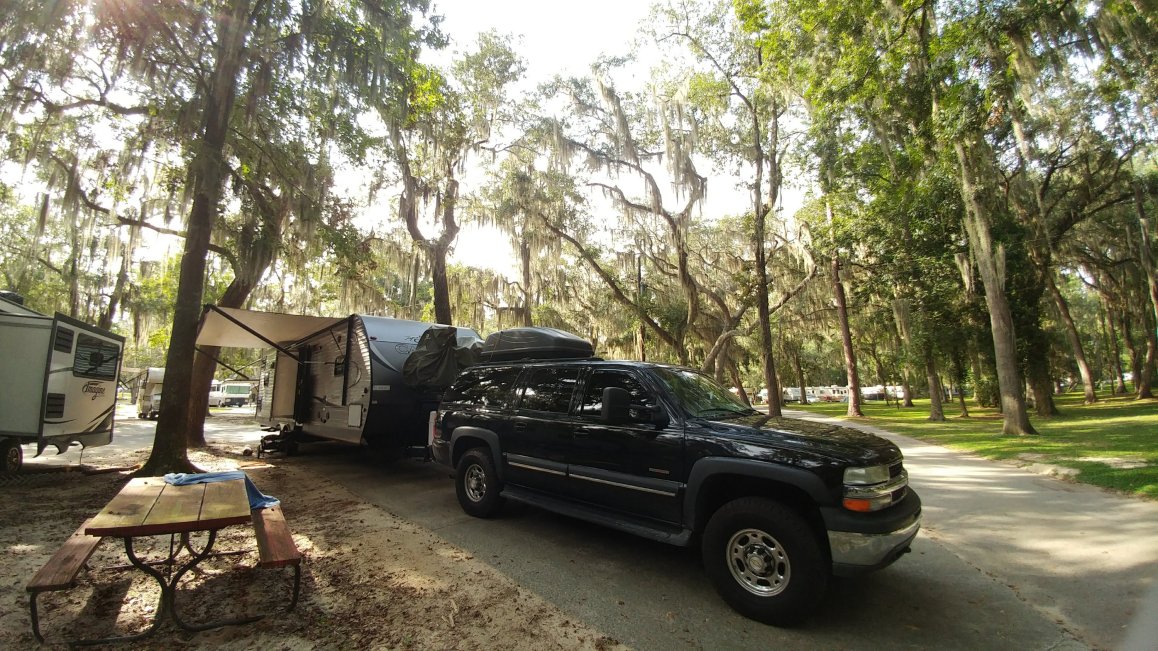 And I could see why – this place was absolutely beautiful. The sites might be a little close for some, but we didn’t mind. Everyone we met was super friendly and the noise settled down pretty early in the night. The staff we very friendly and accommodating – the were really trying to help people find places to go. I wish we could have stayed longer, but this location was still in the danger zone, so we proceeded to Atlanta the next day.

We traveled the route to Atlanta with the same people from before who were all trying to escape the storm. So another leg, which should have been four hours, became nine hours! I cannot tell you how wonderful it was to get to our campsite – Shoal Creek Resort.

This place was amazing – beautiful campsites surrounded by trees and water. It was calming just to stand there outside of the trailer. It was so great that none of us, including the cats, wanted to stay inside. 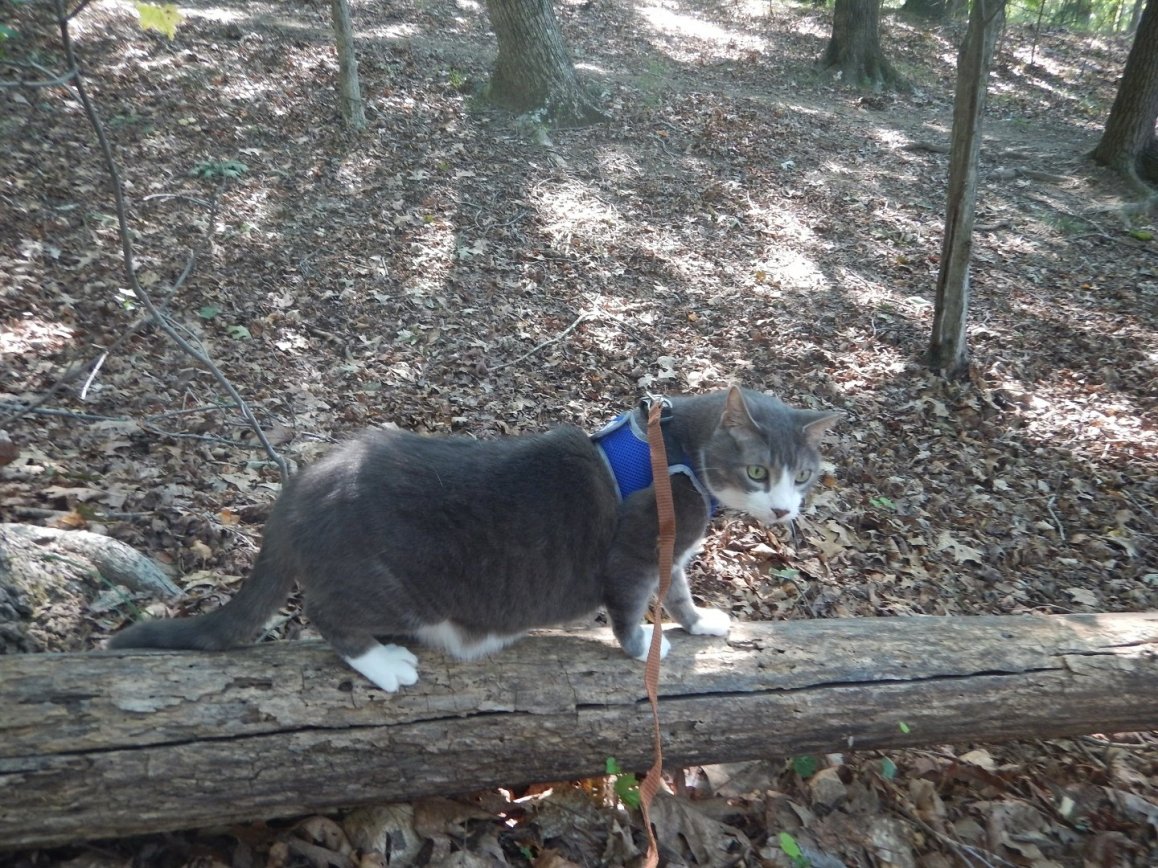 Luckily, we stayed here two nights and were able to take advantage of the property. During our stay, we played near the lake, walked around, and had a wonderful cook-out – complete with s’mores! 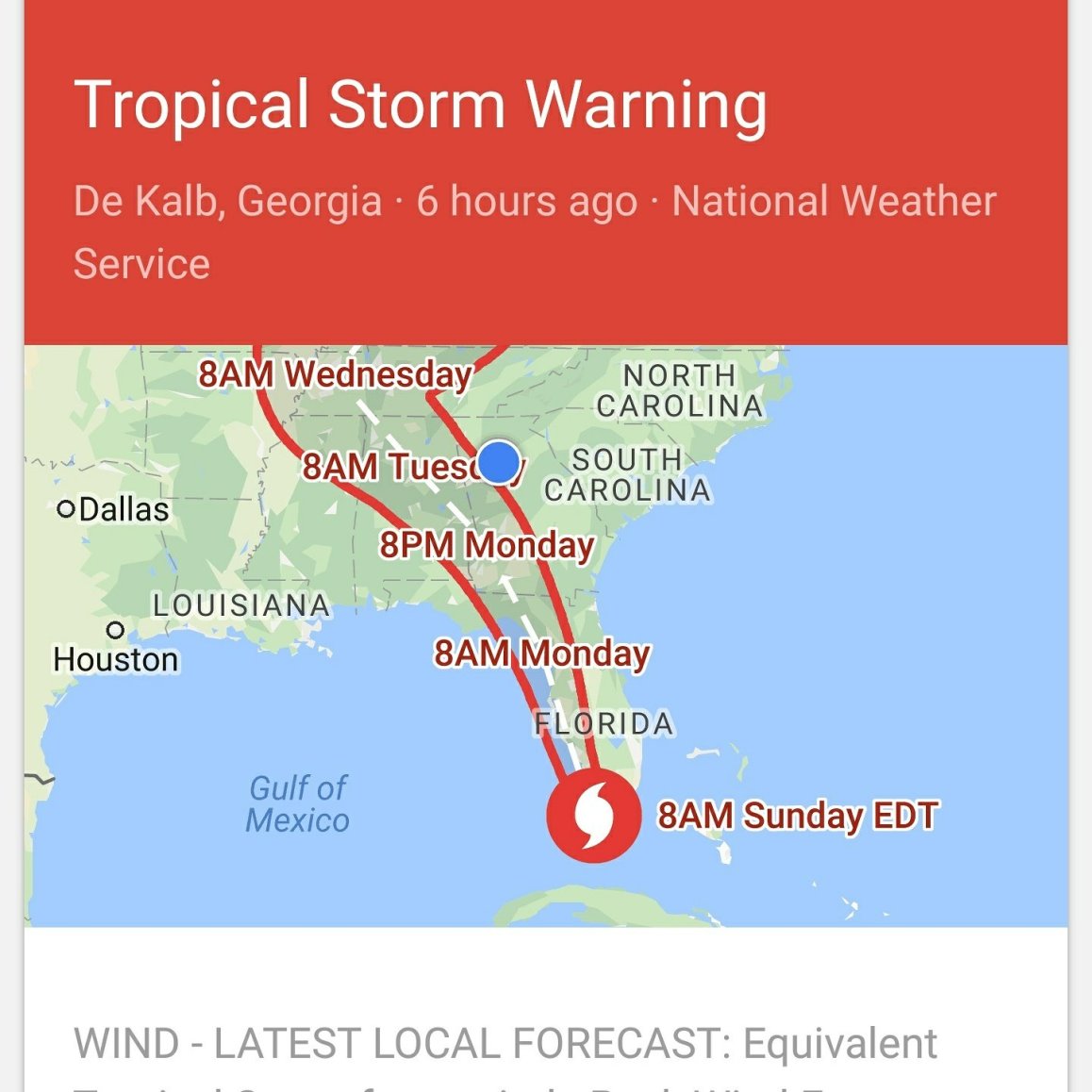 Of course, while we were enjoying ourselves, Hurricane Irma strengthened and changed course. As we were preparing to leave, Atlanta issued their first ever tropical storm warning – with high winds and flooding expected. Luckily, we hadn’t planned to stay there to long and headed to Nashville. 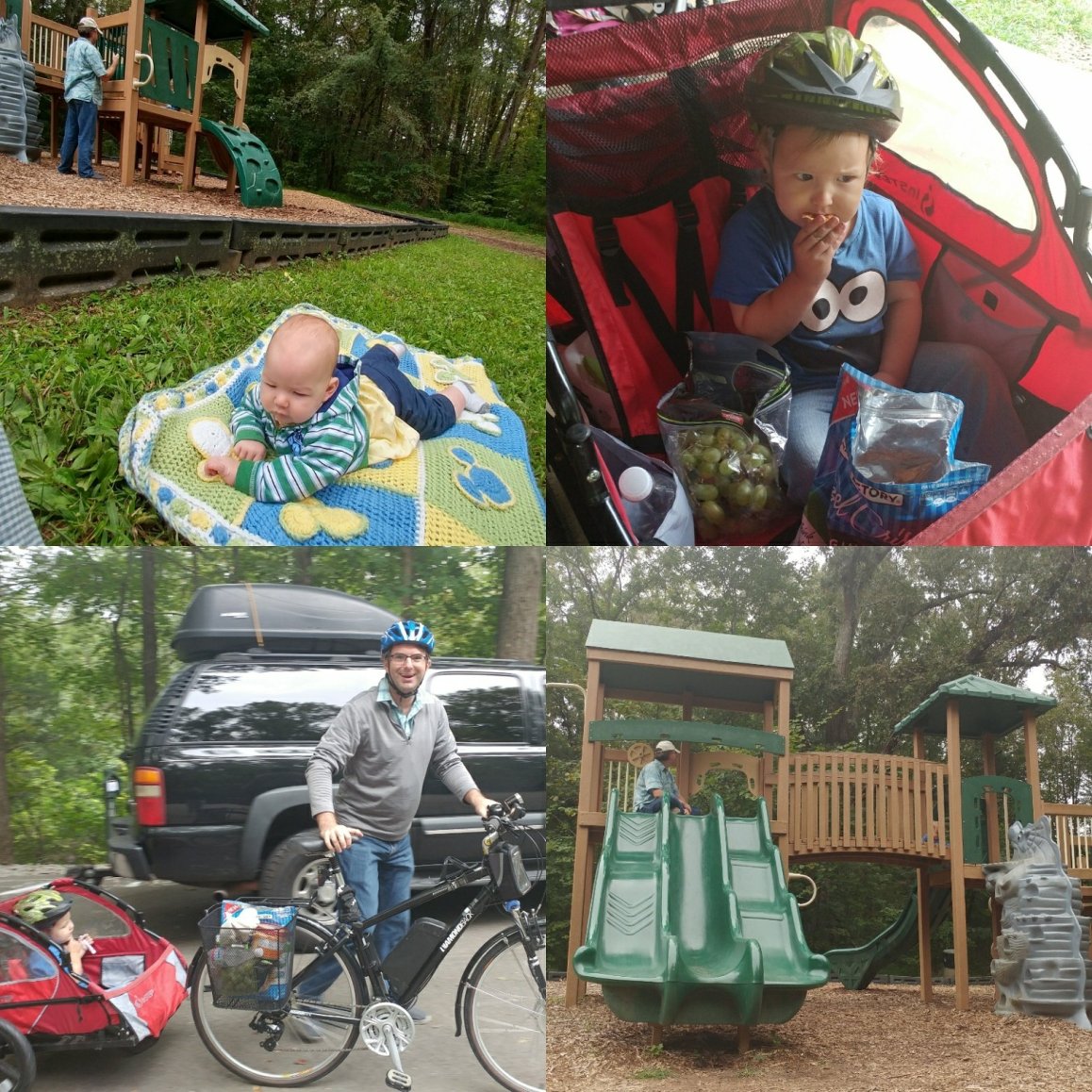 We’ve been told that Rock island State Park is one of the best places to stay and they were right. This small campsite has lots of trails to hike and sites to see. The kids had fun exploring and playing. And we had another cook-out. These are quickly becoming my favorite part of RV life.