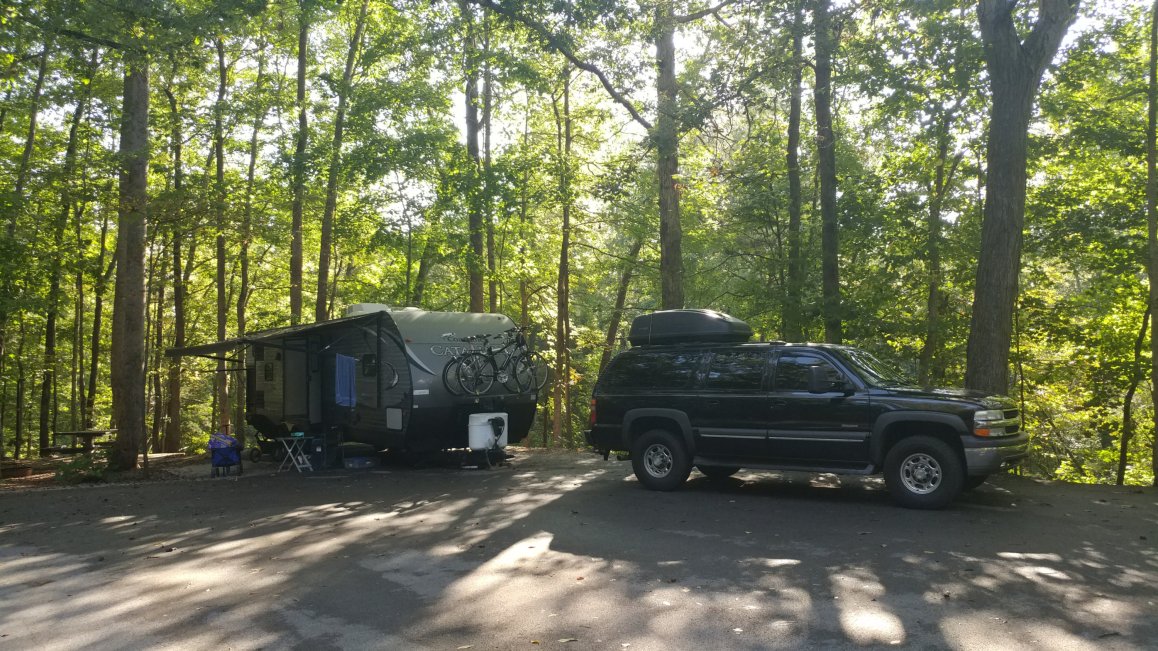 After our relaxing stay at Rock Island State Park in Tennessee, we ventured in to Kentucky. During this trip, we had our first blowout, and man did we do it with style 😎

When we were about 20 minutes from our campsite, we heard a strange noise. Unfortunately, we were on a small, windy, and steep mountain road. Once we finally pulled over we saw it – one of our trailer tires was gone. This wasn’t just a flat, the tire literally exploded! And we did it where there was no cell service. 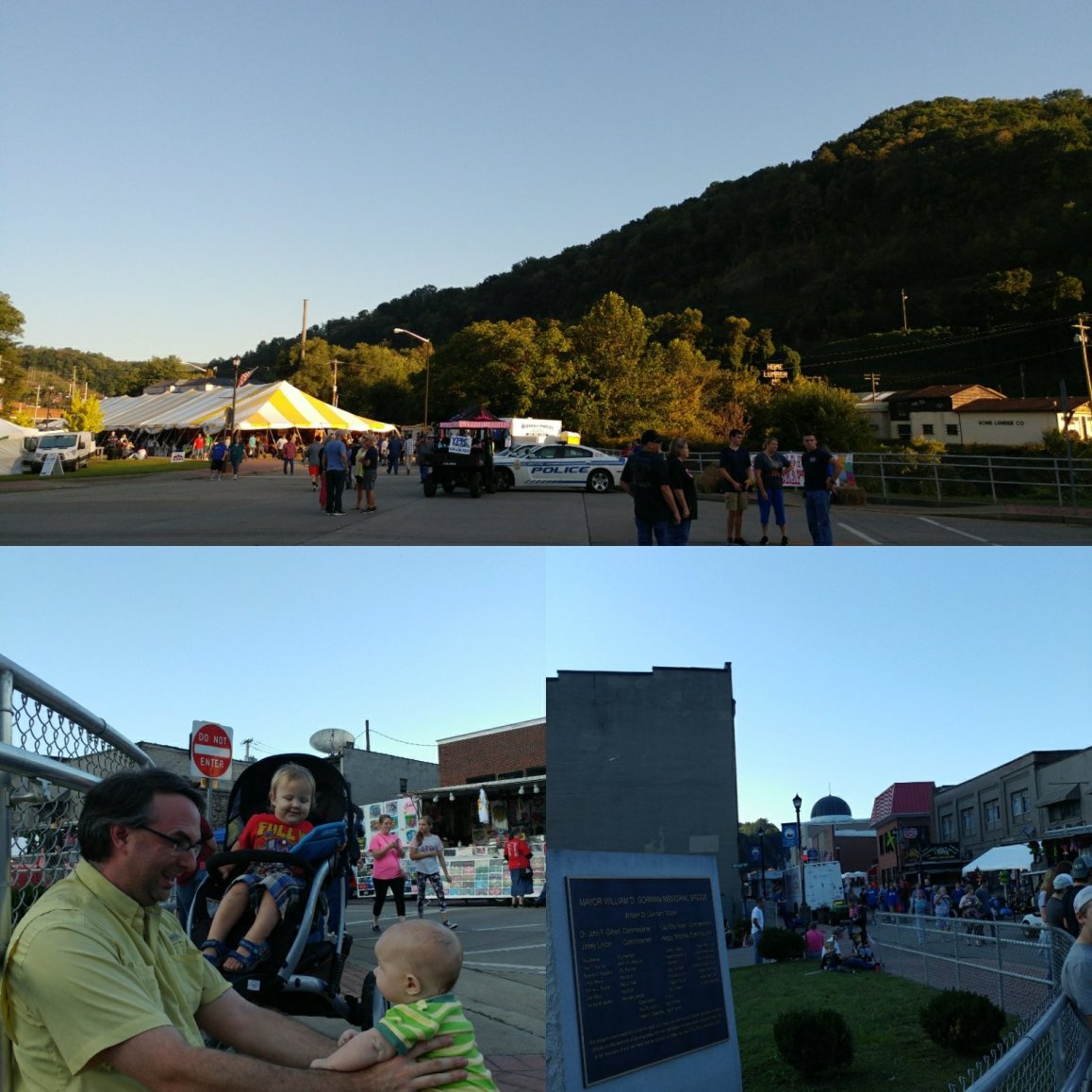 It sounds bad but we got very lucky. We pulled over a short distance from downtown Hazard, were a local festival called Black Gold was being held. There we found food and cell service.

We called road side assistance but because we were so remote, they were having a hard time finding us some help. Since the festival was going on, the police were there. Within minutes, they found us a guy who could help.

He managed to get the tire off (what was left of it) when we learned that our spare tire didn’t fit our trailer! Fortunately, the repair guy was able to cobble together a tire for us by putting the tire from the spare onto the rim of the blowout tire. While he did that, road side assistance called back and found someone 90 minutes away! Thank goodness we found this repair guy or we would have been waiting even longer.

So at 8pm, three hours after we intended to get to our spot, we made it. And our luck continued!

I was worried that we’d be locked out since we were arriving so late. Our camp host, Randy, met and escorted us to our campsite. When he saw that we wouldn’t quite fit, he drive Damon around to find a new spot and helped him set-up.

The next day, we set out to get new tires. After inspecting our other tires, we learned that the tires our trailer came with couldn’t hold the weight of the trailer! So we looked up what tires we needed and located them at two nearby stores. Here’s where it’s gets complicated:

Once they were installed, Damon and Randy noticed that the rims were different colors – 2 white and 3 grey. This led to a lengthy discussion about switching tires and rims so they all match. That’s right, the guys were discussing whether the rims matched. I could care less – as long as they worked and we’re safer than the last tires, I couldn’t care if they all matched.

Eventually, we ended up with three grey and one white and returned a white (always great to save money). Of course, Randy recommend that we switch the spare time with the white rim tire so we’d have matching tires … Seriously. 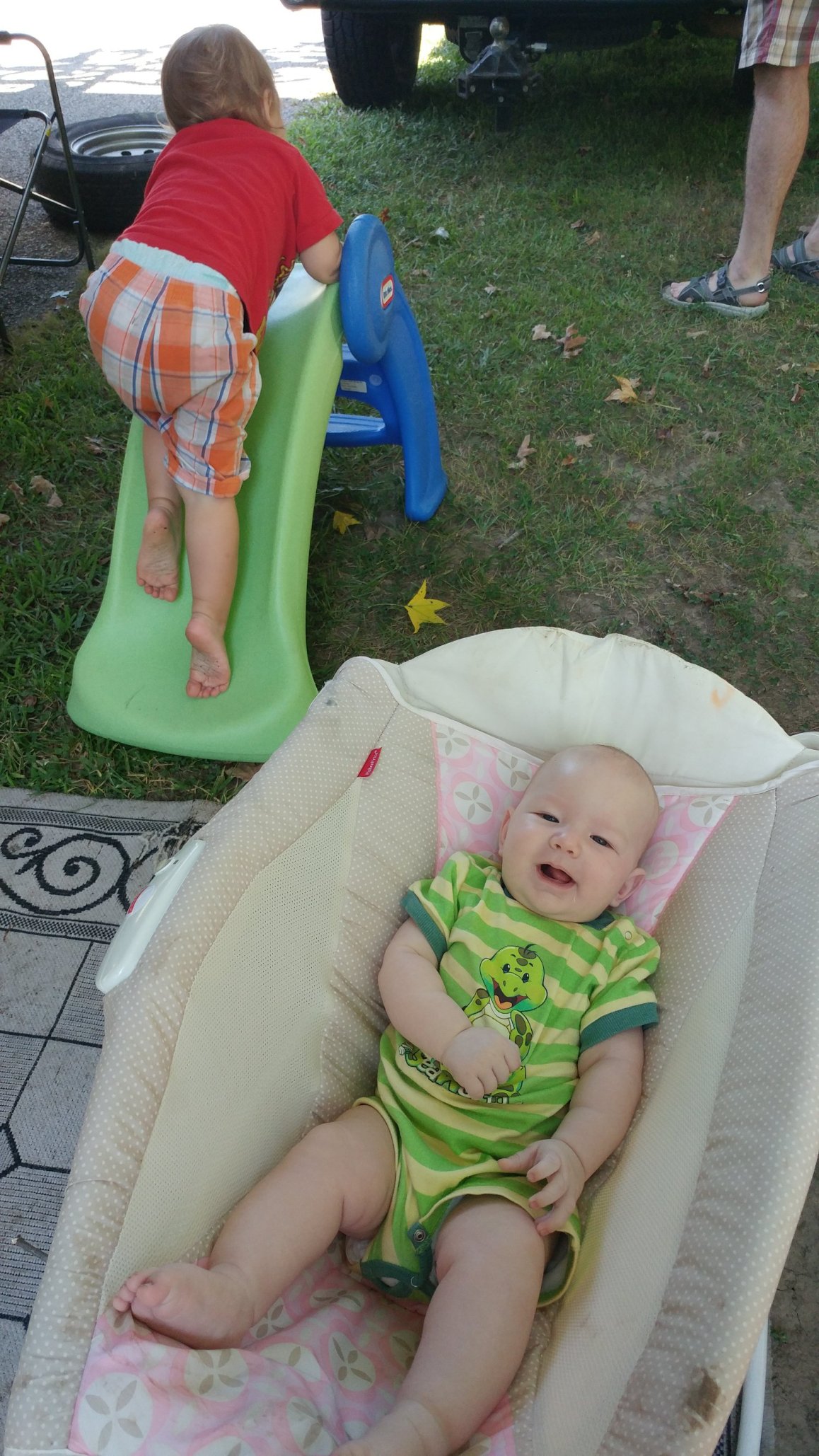 Unfortunately, this meant that we spent most of this stop working on projects and not really getting to spend fun time with the kids or explore the area. Damon and I did disagree at times because we both have different goals but don’t always communicate them with each other. But we worked them out and managed to get a lot accomplished.

I just hope that we can enjoy these next few stops