After being nearby for over a week, we finally made it to the Grand Canyon.

We stopped at the visitors center on the way in to see the Grand Canyon Imax movie. We tried to see it together but mini-man didn’t want to. Instead, we split up – one watched the movie while the other played with mini-man in the gift shop. We later learned that this wasn’t the official visitors center and that there was a free movie available inside the canyon.

Our first stop was Mather point, one of the easiest, most accessible areas of the canyon. Since the boys just had naps, we were all able to visit this area. The scene was spectacular.

We then got to do something special – drive Hermits Rest. Most of the time, this area is only accessible by bus. But during this time, we were able to drive to some of the prettiest spots on the canyon. At this point, it was late, so Damon hopped out at each stop to take some pictures while I stayed with the kids in the car. 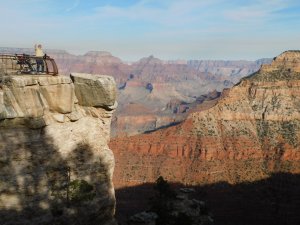 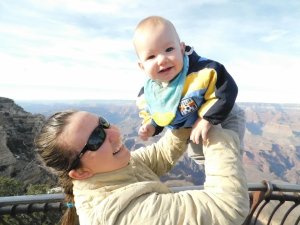 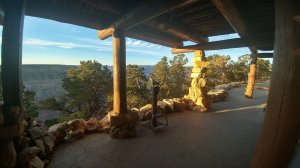 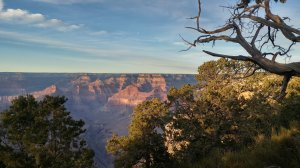