To say this was a rough trip is an understatement. Mini-man didn’t go to bed until 2a and little-dude was up most of the night, which didn’t help with my cold. You’d think that this would mean a late start for us. But sadly, the boys were up fairly early.

Leaving early is usually a plus, but when your sick and tired, it makes for a stressful journey. All I wanted was a nap but that wasn’t happening. On the plus side, we did manage to stop at a Sams Club along the way to stock up on fruit and other supplies. 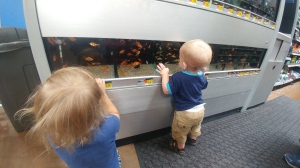 Once we parked and set up, I was in bed and fell fast asleep. It seems when illness hits this family, I get it the worst.

I spent the next few days in bed trying to get over this cold. It seemed to travel to my sinuses, which gave me a migraine that lasted for days. Damon was amazing during this time – he took mini-man out for shopping and lunch many times so I could try and rest. It also gave him a chance to complete a lot of projects we had going on – such as setting up our new entertainment systems. 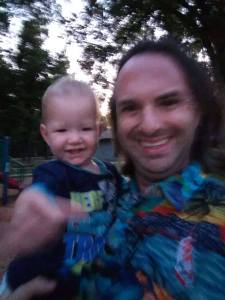 By our last day I was feeling better but still nursing my headache. It was beautiful out and we wanted to take advantage. Fortunately Damon made a reservation for a boat out on Table Rock Lake.

To ensure maximum comfort, I made a lot of food and packed a lot of beverages. Nothing worse for a migraine than getting dehydrated, which is easy to do on the water.

I was also worried about the boys – would they have fun? Would they be scared? Would I be nervous the whole time worried they fall overboard? 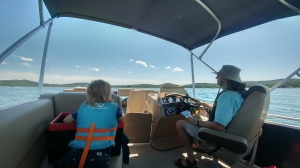 That last fear was put to rest when we got on the boat, which was a pontoon with lots of seats and high sides. The boys tentatively took their seats but quickly started to cry once we got underway. About 10 minutes in, they both fell asleep. This gave Damon and me the chance to enjoy the ride. The wind and water were perfect and made me feel a lot better.

Once we got down one on of the side coves, we parked the boat and both boys woke up. I’ve never jumped into the water from a boat before and had a lot of fun dipping into the cool water. Little-dude became intrigued and followed me in. He liked swimming around as long as I was with him. To my surprise, mini-man wanted nothing to do with water and chose to stay onboard and eat.

The one thing missing from our boat was an anchor, so we so found our boat drifting toward the shore. Not wanting to keep moving the boat, we moved further down the river. Apparently this is just what mini-man needed. Shortly after we stopped mini-man got into the water. He spent the rest of our time in the water. 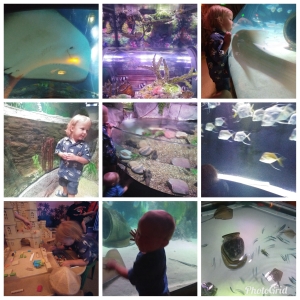 As for me, my food efforts paid off. I managed to keep my migraine at bay and actually enjoy myself. The young man who helped us quoted “lake days are nap days for kids”. He was partly right – the kids relaxed on the way back, which kept them wide awake until midnight. Just what we needed the night before we drive.