Even though we were freezing, I’m looking forward to these next two stops – especially New Jersey – where we’ll get to visit Sesame Place for Halloween.

We got up pretty early to leave but took our time as the trip was only an hour to our next stop. This turned out to be a good thing, since one of our Amazon packages arrived late. By noon, we had our package and headed to Rhode Island.

Since we had so much time, we broke the trip up into smaller segments so we could hit some thrift stores! So what started as a one hour drive became five. 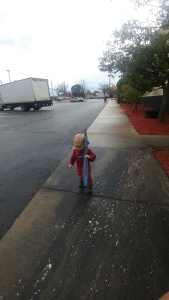 The boys woke up energized, so we took them to the playground, which just happened to be right outside of our door. They managed to last about an hour before it got to cold for them and we went back inside.

Getting creative, I had Damon grab the kiddie pool and I filled it with their play balls. They both jumped in and had a ‘ball’.

On our last day, I realized that our next stop was also our Halloween stop. We have costumes, but it looks like it’s going to be really cold. With that in mind, we headed to the local thrift stores to get some warmer clothing.

While we mostly struck out, we managed to get everything we needed through a combination of stops at thrift stores and Walmart.

After a long night, I begrudgingly got.out of bed before 8a so we could hit the road. On days with long drives, we like to get on the road as early as possible. Add in the fact that we were driving though NYC and it became even more important.

We made it through the first three hours with no major problems, so we stopped for some lunch and a break. Unfortunately, the next three hours turned into five thanks to construction, rubber-neckers at accidents, and just general traffic. During all of this, Google, in it’s all mighty wisdom, kept trying to get us to save time by taking a different highway – the Merritt Parkway. The thing about this highway – it constantly passes low bridges. There are several signs to this effect, warning truck drivers over eight ft not to take this highway. At 13’1″, we definitely exceeded the height limit. But try telling that to Google.

After we arrived, Damon took the boys to the playground to expell some energy while I stayed behind to clean. One thing to note about driving an RV – its always messing when you arrive. It usually take 30 minutes just to set up and straighten everything.

When I finished I joined the boys at the playground and was surprised to see them bouncing on this huge, bouncy pillow. Mini-man loves to bounce but he’s never showed interest in these things before. I loved seeing him have so much fun. 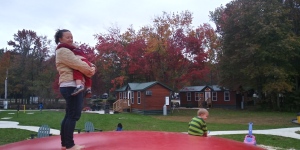 Saturday was rainy, so we went thrifting. While we mostly struck out, we did manage to restock our food supply and obtained a complete set of Lego Dimensions from someone selling it on Craigslist! Can’t wait to add it to my collection. 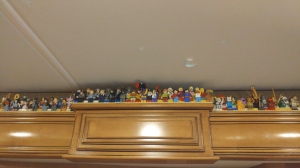 Sunday was a day I was looking forward to – taking the kids to Sesame Place for Halloween. I worked for Seaworld in the past and I knew of the park. I thought it would be a fun experience for the boys. 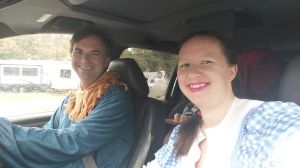 We enjoyed the entertainment and the rides but the experience was dampened by the poor customer service offered by their operations team members. Their lack help and caring was disappointing. In one instance, I tried to inform a team member that their ride was malfunctioning, only to have them tell me it was my fault. 😡 Once I stopped trying to help, the day got much better.

At the end of the day, all that mattered was the boys enjoyed themselves.

Since Sunday was such a long day, we stayed home on Monday and just relaxed. This ended up being a blessing, as I started to come down with a cold. It seems that I attract illness every time I’m in cold weather. Another reason I can’t wait to get to warmer weather. 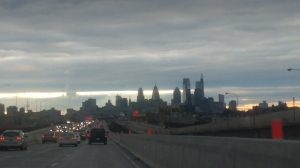 The next two days were spent at home so I could try to get better. Damon went out a couple of times to get food and go grocery shopping, but hung out with the boys for the most part. We were lucy to be at a great campground that was not only beautiful, but had a wonderful playground that the boys loved. It provided the perfect way for the boys to play while I tried to get over that darn cold.

I wish we could’ve done more in this area, but I am happy that we had such a nice place to stay while I was sick. Here’s hoping it goes away soon, so we can enjoy our next several stops down the east coast. 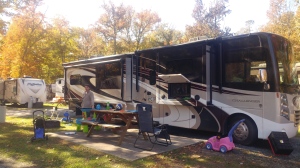